Well, my months of nudging you to vote for more diverse reads has worked. This month is the most inclusive list yet! As I said last month:


We need to keep finding inclusive titles, under the radar titles, titles that even we didn’t know about before giving them a try. Please look for books that could use the boost that Library Reads can give a title that your colleagues might not know about without that vote, especially more inclusive titles.

Here you can find a link to a database by library professionals who are going through the digital ARCS and screening titles for you to choose from. Please consider starting here, not with the latest, imminent bestseller. Seriously, if you want to help, start at those databases, start by reading those titles. Try something new and if you like it, vote for it.

Don’t start with a book you already know you are going to like. That is the worst thing you can do. We are trying to broaden everyone’s horizons-- patrons, yes, but also the publishers. We want to show them that more inclusive titles will resonate and sell. But, we need to start with ourselves first.

Keep it up. Good job.

But I also don't want you to spend too much time patting yourselves on the back because the reason this list is finally reaching truly inclusive levels is because of the work the Library Reads Steering Committee has done to improve the list.

One of the nagging problems with the list, especially after 5 years, is that the same authors were showing up over and over again, but last month Library Reads solved this problem by creating a Hall of Fame. This month there are 4[!] HoF authors [see below for details]. These are huge authors that library workers love and patrons love too. I get it that people are excited that Louise Penny et all have a new book coming out. Since Library Reads couldn't convince people to stop voting for these popular authors, they found a way to honor these authors but keep the list truly more about identifying more under the radar titles that no one would know about without us.

Here's the thing though....without that HoF list, 4 of these titles wouldn't be here, and the number one title, a book I have had on hold for months, would not have been number 1. Actually I don't know this for sure, but looking at the HoF, I am going to make a very educated guess that they would have taken many of the top spots.

I am so proud of Library Reads for finding a way to keep the integrity of the list but allow more voices to be included.  But, now we need to keep up our end of the bargain and keep voting for titles that are less well known that we are excited about.

Today is Library Reads day and that means three things here on RA for All:
So get out there and suggest a good read to someone today. I don’t care what list or resource you use to find the suggestion, just start suggesting books.

Also, please remember to click here for my Library Reads 101 recap for everything you need to know about how to participate. And click here to see a database of eligible diverse titles sorted by month. 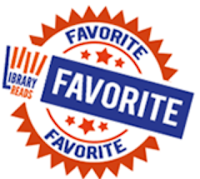 My Sister,the Serial Killer:
A Novel

Published: 11/20/2018 by Doubleday
ISBN: 9780385544238
“Nigerian nurse Korede puts up with so much from her sister Ayoola (the serial killer). Braithwaite tells a dark, lively, and funny story of how begrudgingly cleaning up after someone else’s deadly habits is just one of those things one does for family. For fans of satirical humor.”
Lisa Hoffman, Bloomfield Public Library, Bloomfield NJ

The Adults: A Novel

The Best Bad Things: A Novel

Published: 11/6/2018 by MCD/Farrar, Straus & Giroux
ISBN: 9780374123697
“Alma is a cross-dressing, bisexual, half-Mexican, badass woman who goes undercover in this historical fiction story set in 1887 Washington state. She lives life on the edge with gusto and nerve. An enjoyable ride for readers who like a fast-paced story and don’t mind graphic content.”
Joseph Jones, Cuyahoga County Public Library, Cuyahoga, OH

The Colors of All the Cattle: No. 1 Ladies’ Detective Agency

Published: 11/6/2018 by Pantheon
ISBN: 9781524747800
“Each new book in this series unwraps another layer of the lives of the minor characters. Along with solving the requisite mystery, Precious delves into local politics and comes to rely more on her family and friends for their input. A charming addition to this heartwarming series.”
Fran Hegarty, Peabody Institute Library of Danvers, Danvers, MA

Published: 11/13/2018 by Orbit
ISBN: 9780316449717
“A modern take on the classic Disney tale of Mulan, this fantasy-adventure story features Mehr, a governor’s daughter who wants to make a name for herself and is passionate about saving the lives of those in her kingdom. Mehr’s unique magical powers make her a target and give the classic storyline a new twist.”
Megan Marong, Lackawanna Public Library, Lackawanna, NY

Published: 11/27/2018 by Orbit
ISBN: 9780316491341
“This first short story collection from the most celebrated speculative fiction author of our time features her signature blend of sharply observed, provocative tales of magic steeped in realism and social commentary. Both SFF fans and adventurous readers of genre-blending literary fiction such as Station Eleven and The Underground Railroad will find much to admire.”
Annabelle Mortensen, Skokie Public Library, Skokie, IL

The Kinship of Secrets

Published: 11/6/2018 by Houghton Mifflin Harcourt
ISBN: 9781328987822
“A sweeping, historical, family saga in which two sisters are separated during the Korean War. One is raised in the United States and the other in South Korea. For fans of Pachinko.”
Cat Ng, Palm Beach County Library System, Wellington, FL

A Ladder to the Sky: A Novel

Published: 11/13/2018 by Hogarth
ISBN: 9781984823014
“Enter the disturbing world of high stakes publishing and meet an author so twisted and unscrupulous you will beg for justice. For readers who like an unlikeable character and sardonic tone.”
Kimberly McGee, Lake Travis Community Library, Austin, TX

Published: 11/20/2018 by Minotaur Books
ISBN: 9781250067869
“Newly transferred Tokyo Police Detective Kaga is assigned a baffling murder. The story is told almost entirely through the perspective of people he interviews, gradually revealing the puzzling who, how, and why in this mystery. For fans of Sherlock Holmes, Agatha Christie and Columbo as well as lovers of international crime novels.”
Julie Graham, Yakima Valley Libraries, Yakima, WA

Someone to Trust: A Westcott Novel

Kingdom of the Blind: A Chief Inspector Gamache Novel

Published: 11/27/2018 by Minotaur Books
ISBN: 9781250066206
“Gamache tries to understand why someone connected to a mysterious will is killed, while he and Beauvoir race against time to stop a deadly shipment of drugs from hitting the streets. Penny digs deep into her familiar characters in what may be her most personal book.”
David Singleton, Charlotte Mecklenberg Public Library, Charlotte, NC

Night of Miracles: A Novel

Published: 11/13/2018 by Random House
ISBN: 9780525509509
“An equally delightful follow-up to The Story of Arthur Truluv. A heartwarming tale of life in a small town with an ensemble cast of likeable characters.”
Claudia Silk, Fairfield Public Library, Fairfield, CT

Past Tense: A Jack Reacher Novel

ISBN: 9780399593512
“Another home run from Child. While visiting his father’s birthplace in New Hampshire, Reacher can’t help but intervene when a member of a local gang attempts to assault a waitress. He soon uncovers more suspicious happenings in the town. Fast-paced, great plot, and compelling characters.”